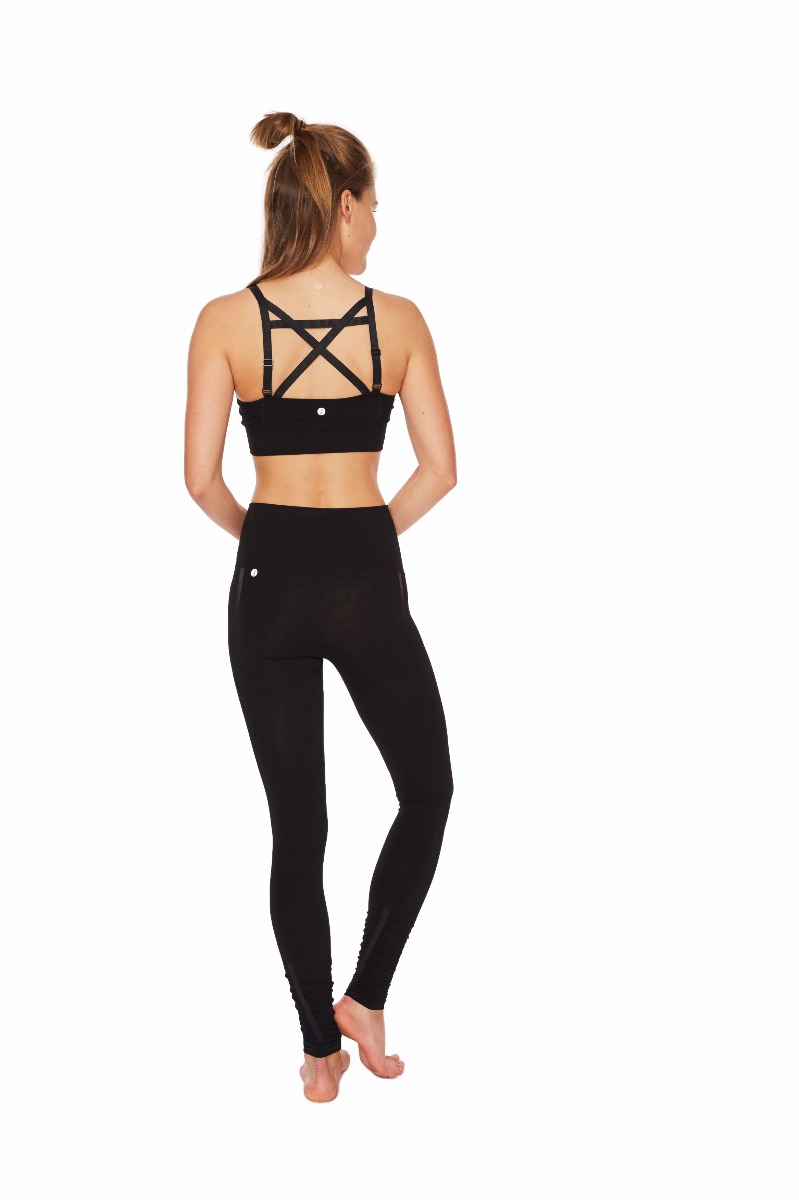 At work in Utkatasana (Chair Pose) is a typically yogic movement in which two parts of the body move in opposite directions; in this case, the knees bend and the sitting bones are drawn down, while the arms are extended upwards. This action produces a refreshing dynamic when held; we feel the pull upwards and downwards with the corresponding contraction of the centre. We are accustomed to “letting go” when we sit on a chair, but when we become the chair (in Utkatasana), there is no release, paradoxically, until we raise ourselves out of it by straightening the knees and releasing the arms. The legs, far from lolling idly as they tend to do when we are seated, are obliged to work, which gives the thighs a nice little jolt. The pose is intriguing for its contradictions: a chair that denies ease, a stationary object that gives the impression of movement. It almost invites a riddle, along the lines of an old children’s favourite. “When is a chair not a chair?” When it is Utkatasana!

There are two chairs in each of the three paintings by Vincent Van Gogh of his room in the yellow house at Arles in the South of France. The one I am looking at now is the 1889 version that hangs in the Musée d’Orsay. (Unfortunately, at this moment, I am only looking at the postcard.) It was a year before Van Gogh’s death; he had made a spiritual journey to this ancient city, seeking sanctuary and a peace of mind that was becoming ever more elusive. As we all know, some of the greatest paintings ever made are the legacy of this period of his life, in which the painter began to suffer great mental disarray. In spite of all his travails, Van Gogh never stopped working. Soon after his arrival, he cut off a part of his left ear, then he voluntarily committed himself to an asylum, and a year later shot himself in the chest (not even his departure was uncomplicated—it took the poor man more than a day to die).

The sad irony of these paintings of his room is that he was, according to letters to his brother Theo, trying to express “absolute repose” through colour. Other words he used to describe his intended effects were “tranquility” and “simplicity.” And yet, to me, nothing in this painting expresses any kind of simple restfulness. Certainly, a cursory look would seem to offer the viewer a pleasant, innocuous scene. Bed, table, chairs, pictures, and so on. But let your eyes loiter for a moment, and these quotidian items acquire a darker purpose. There is something not quite right with this room. The angles are unsettling; there is an atmosphere of restlessness. The Musée D’Orsay refers to this as “the instability of the perspective.” Yes, indeed, but instability of perspective as it relates to the painting, or as it relates to the temperament of Van Gogh? Because it seems to me that some of the components of this painting have a definite message to give the viewer—and not a comforting one, either. The bed looks ready to snap shut on the next person to lie down on it. The paintings above the bed (one of which is a self-portrait) rest at an angle to the wall, giving the impression that the faces in the pictures are inspecting (or judging) the person below. The window has a greenish-yellow tinge behind its almost closed casement, suggesting something murky just outside. The floor looks treacherous and shifting. The doors are set at strange angles. And the chairs—well, it may be my fancy, but it seems to me as if they are both staring at the bed in a menacing, predatory way. And their odd tilt contradicts the flat surface of the table, adding to the uneven look of the floor.

I imagine that Van Gogh was trying (desperately) to make the room look simple, normal, and unthreatening. But he could not control the strange developments going on inside his head, which worked their way out into this picture. It is one of the most unsettling (and unforgettable) rooms ever painted.

So when I assume Chair Pose, a fleeting vision of Van Gogh’s chairs comes to mind, and while I concentrate on maintaining the tension between my bent legs and my straight arms, while I draw down my seat and lengthen my back, directing my attention inwards (while looking outwards), I wonder what it would have been like to sit on Van Gogh’s chair of the mind, and whether it would have been as singular an experience as that of holding the pose we know as Utkatasana.

If you would like to reacquaint yourself with the steps to a perfect Utkatasana, visit
http://www.yogajournal.com/poses/493 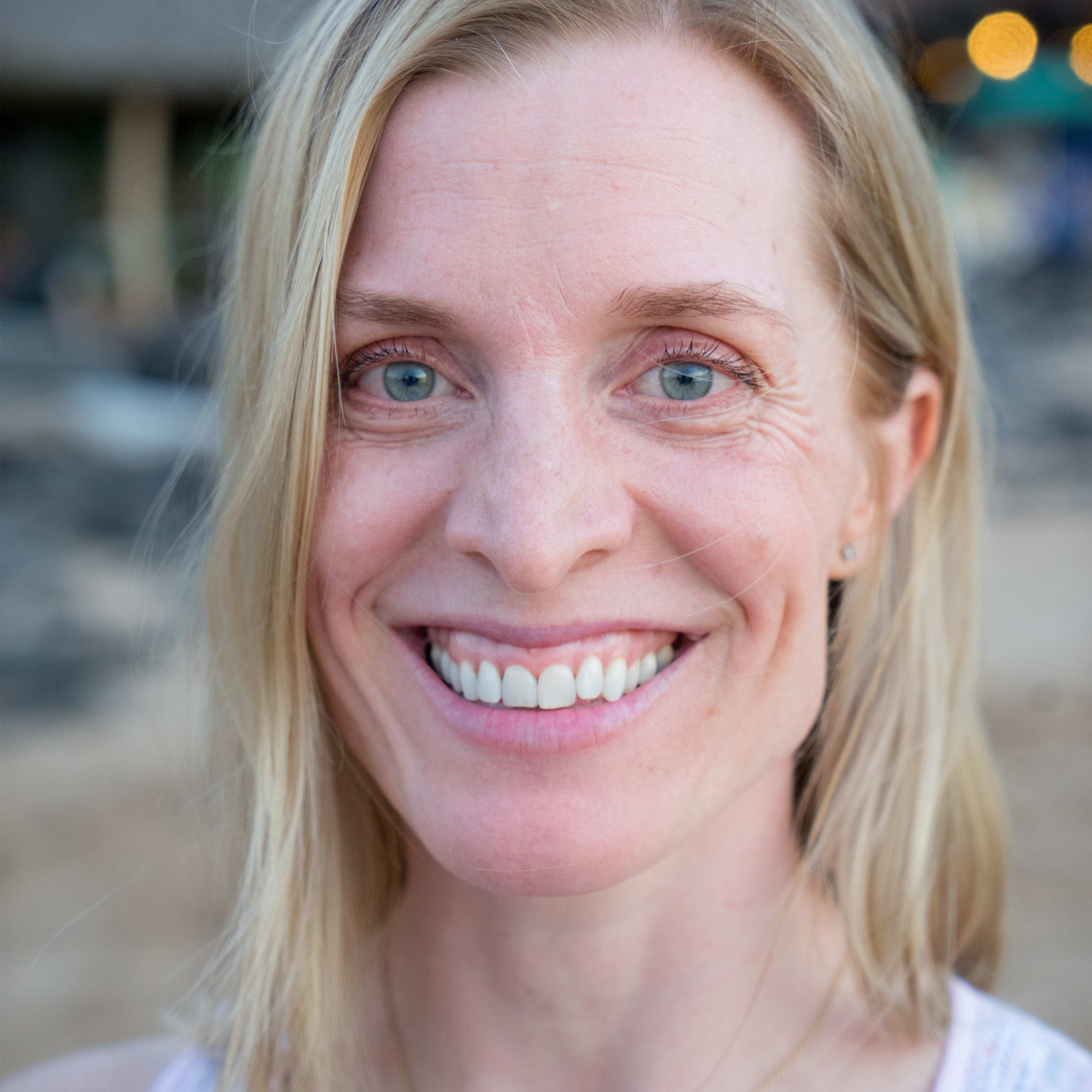 All payments processed on our website are handled with high security

Be the first to be informed about new collections, special offers and exciting news.